A tale of cheap lampposts

From the Associated Press:

Urinating dogs are being blamed for a rash of collapsing lampposts in Croatia.

A report from the state-run power company says the urine left when male dogs mark their territory is corroding lampposts to the point where they collapse after a few years.

The report, based on research by scientists at the University of Zagreb, blamed the ammonia in the urine.

City officials who issued the report appealed to pet owners to make their dogs urinate somewhere else.

Ah, Christmas shopping. I’m down to just a couple of people left to shop for, ones who are difficult if not impossible to buy for. My big problem is that I have a 4 year-old and a 1 year-old niece, and there is no  [more...] 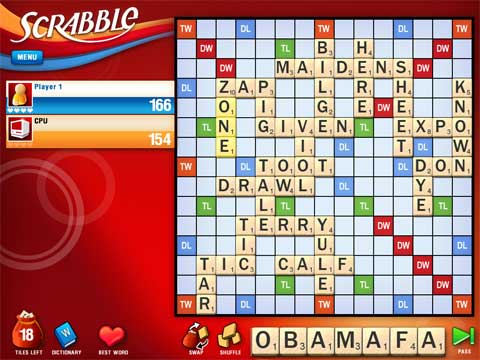 Proper Names are Not Allowed in Scrabble

It took me a minute to realize it when I saw it. Nothing has been doctored here, this is exactly what letters I got yesterday when playing Scrabble on my iPad. A miracle? Should I build a little shrine and let people  [more...]