Interesting! Anti-gay Republican House member Ed Shrock of Virginia, who a week or so ago was “outed” on the BlogActive website, has now ended his reelection candidacy.

Today’s AP Breaking story said, “The [press] release said he would not comment further on his decision, nor did he comment specifically on the allegations.” blogACTIVE.com readers know better…Schrock was leading a double life and now we can release the audio file of Congressman Schrock seeking gay sex off of gay sex lines.

This is an interesting turn of events. Unfortunately, the BlogActive site is hardly a bastion of journalism, and doesn’t give any links to outside news sources such as the AP article they claim to quote.
My own search has turned up one, the Hampton Roads Daily Press.

In other queer news, the lovely and erstwhie Golan Cipel — you remember, the boy toy who had an “alleged” affair with the governor of New Jersey? — has dropped his harassment lawsuit against James McGreevey. So, was he told that he had no chance of winning, thus would reap no windfall of cash? Or did someone advise him that his claims of being straight were laughable?

Meanwhile… the compassionate conservatives chose a hateful bitch in the extreme for their convention opening invocation:

…apparently Jerry Falwell didn’t quite hate gay people enough to be chosen to perform the opening invocation at the RNC hatefest. That honor has been bestowed upon one Sheri Dew.
A recent speech by the childless, single Ms. Dew:
This escalating situation reminds me of a statement of a World War II journalist by the name of Dorothy Thompson who wrote for the Saturday Evening Post in Europe during the pre-World War II years when Hitler was building up his armies and starting to take ground. In an address she delivered in Toronto in 1941 she said this: �Before this epic is over, every living human being will have chosen. Every living human being will have lined up with Hitler or against him. Every living human being either will have opposed this onslaught or supported it, for if he tries to make no choice that in itself will be a choice. If he takes no side, he is on Hitler�s side. If he does not act, that is an act�for Hitler.�

At first it may seem a bit extreme to imply a comparison between the atrocities of Hitler and what is happening in terms of contemporary threats against the family�but maybe not. I just turned 50 years old, and I have never married. That was not my intention, and it has not been my choice. When someone asks me why I have never married, the simple and truthful answer is that nobody has ever asked me. Nonetheless, when I speak about the family, I have a deep, profound and abiding belief that the family is absolutely ordained of God, that it is part of His plan for His children, that marriage is supposed to be between a male and a female, and that children deserve to be born to and raised by two parents, father and mother. That is the ideal.

Gee, no one has ever asked you to marry them? What a shocker!
I can only assume that, being a good Christian woman concerned about morality and the family, that she is still, at 50 and unmarried, a virgin.
Wanna take bets on that one?

Maybe we can sell something on eBay

The U.S. national debt reached $7,000,000,000,000 today. That’s a lot of zeroes. From Reuters: In its daily financial statement released on Wednesday, the Treasury said the U.S. debt subject to a Congressionally  [more...]

Well, that was easy — Iraq is no longer occupied. At least, on paper. At about 2:30am this morning, Washington time, the United States handed over “sovereignty” to the Iraqi interim government. Two  [more...] 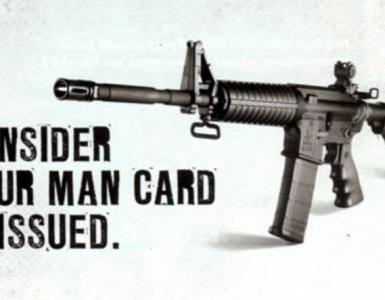 Damned liberals and their tricky way with words.