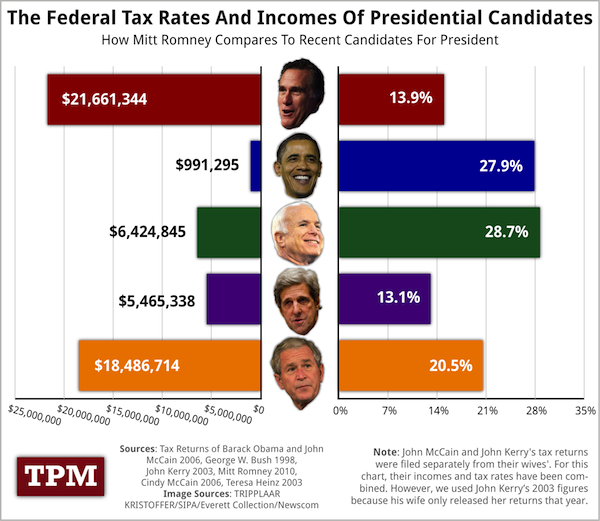 Talking Points Memo takes a look at the actual tax rates and incomes of various presidential candidates. When put into chart form, the real story becomes clear: Romney has some excellent accountants, and so does John Kerry. So here’s my question: does everyone in Massachusetts pay so little in taxes?

Meanwhile, more blatant lies came from the Right yesterday, which are revealed when Media Matters does some math:

On this morning’s edition of The Chris Matthews Show, panelist Kathleen Parker claimed that Mitt Romney has “give[n] away “42 percent of his income, compared to Obama, who gave away 1 percent to charity.”

… But that 42 percent figure comes from her Washington Post colleague Jennifer Rubin, and represents the amount the Romneys estimate they will pay in 2011 in charity and federal, state, and local taxes. Obviously, Mitt Romney did have to “give away” the money he paid in taxes, unless he wanted to violate the law. In 2011, the Romneys estimate they gave 19.2 percent of adjusted gross income to charity.

In fact, the Obamas spent a larger percentage of their income on taxes and charity in 2010 than the Romneys did in either 2010 or in 2011. [Media Matters]

Ah, they’re tricky ones, aren’t they? Shady scammers who use carefully crafted language to deceive. 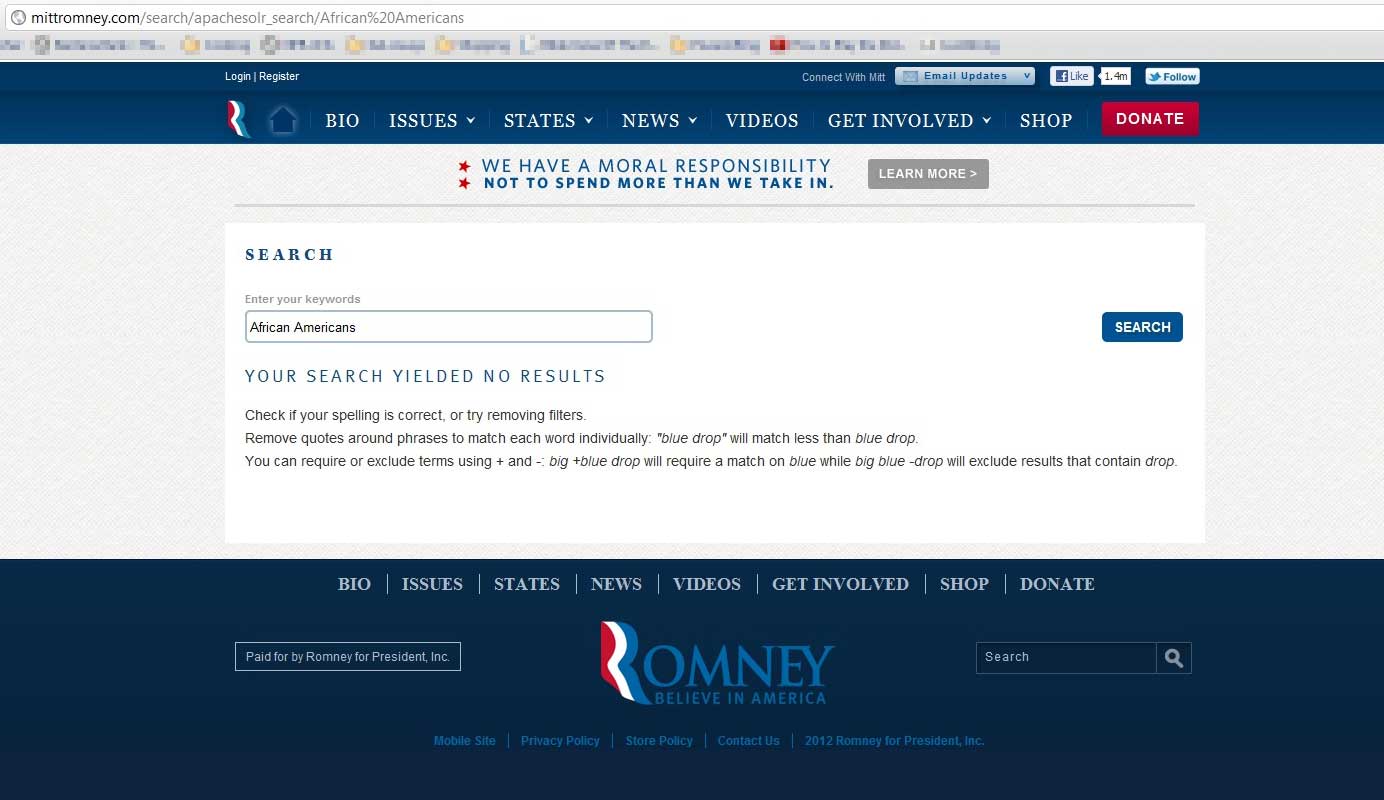 Who chose that wallpaper?

E.J. Dionne this morning explores the bizarro campaign of George Bush, who has flip-flopped: after spending so much time trying to point out the differences between John Kerry and himself, he’s now trying to show  [more...]