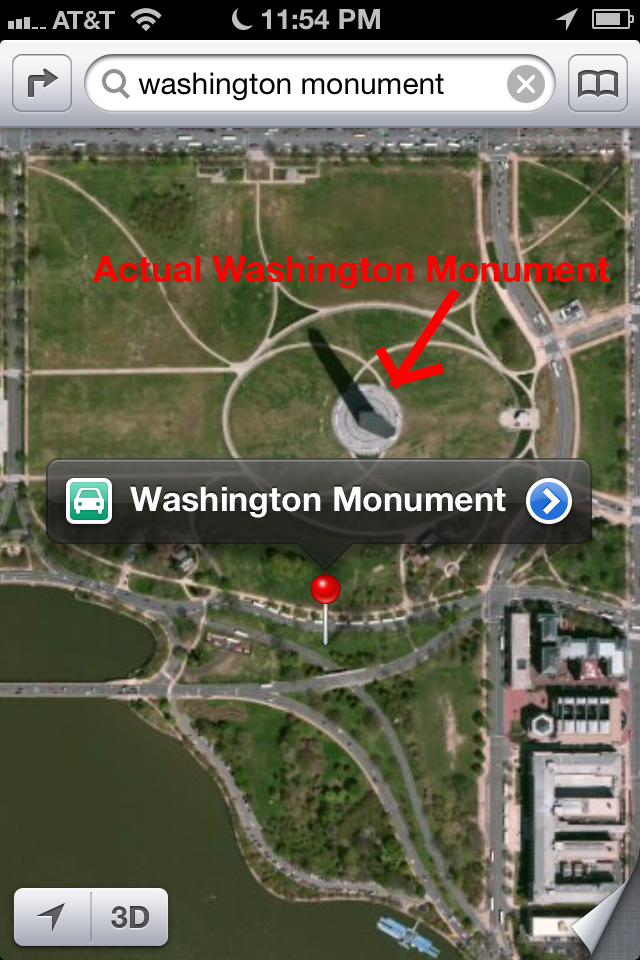 Completely justified criticism. Google had the better part of a decade to refine its maps and data. Why Apple thought they could just, BOOM, compete with that, I’ll never know. Yes, it’ll get better over time — but being years late to the party makes it likely that they’ll never catch up.

Here's my caller ID log from the last two weeks. Only two calls have been from legitimate people; all the rest have been telemarketers and scams.

Celebrity ain’t what it used to be

Am I just out of touch? Do I just know nothing at all about popular culture? I’m watching yet another one of those cable clip shows in the vein of “The 80s Strike Back,” etc. — this time  [more...]

I was just reading an article on MSNBC about the Japan earthquake today (or yesterday, Japanese time) and was startled by this “related stories” sidebar: Anyone reading this page would naturally assume that  [more...]