It’s funny — I just realized that this wacky bit of internet flotsam, the “If Microsoft Made Cars” gag — almost came true. The last joke in that document says “You’d have to press the “Start” button to turn the engine off.”
Well…
The original ads for the 2004 Toyota Prius had just that: a “Start” button. It then changed to “Engine Start Stop.” They must have read that joke, because shortly before the car was released, the button had changed to say “Power.”
I wonder what the button says in the Japanese model?
One more weird little thing — there’s a button for Park, with a “P” on it. For some reason, there was a little sticker over the P that put a white square around it. I can only assume that they did this so that stupid people would connect the P in a square with the P in a square on the odometer display. This might have worked, but the white square on the sticker rubbed off within a few weeks from my finger pressing the button, so I just peeled the sticker off.

While I’m sitting here typing about the Prius, I should take a moment to talk about some disappointments with it.
First, the mileage. The car is rated up to 60 in the city, but I have consistently averaged about 41-43mpg. That’s worse than my 2001 Prius, which achieves up to 46mpg. I’m chalking it up to the fact that the temperatures have been incredibly cold, which tends to lower the mileage on this car. I’ll report back when–and if–it gets warm again.
The second, and more annoying, problem is the gas gauge. The Prius dealer product reference guide states, and I quote,

Despite its larger size, the new 2004 Prius is one of the most fuel-efficient cars on the market — due to its sleek aerodynamic shape and amazing Hybrid Synergy Drive® powertrain. With an EPA-estimated combined city/highway average of 55 mpg and a tank size of about 12 gallons, Prius can travel well over 500 miles between fill-ups.

I may never know if this is true, because the gauge tends to have no connection to how much gas is actually in the tank. The gauge is presented as 10 bars. No matter what mileage I am currently getting, the first 5 bars last only about 30 miles each. By the time I’ve driven about 150 miles, the gauge indicates that I’ve used half a tank of gas. And I generally always fill up at half a tank, so this is clearly a problem. The thing is, when I filled the tank when it said half, it only took about 3-4 gallons. The gauge is obviously wrong.
So last week, I tried an experiment: I purposely drove and drove, not adding any gas until the car started beeping at me and asking me to “ADD FUEL.” I went 350 miles. The first 5 bars disappeared quickly, about every 30 miles. Bars 6 and 7 took a bit longer – about 50 miles – and then even longer for bars 8 and 9. Finally, about 350 miles in, the last bar began to flash and messages appeared on the screen to fill up. I’m not eager to drive around with the flashing and beeping, so I guess I’ll never know if that last, lonely bar would last another 150 miles, bringing me to that 500-mile-per-tank promise.
It only makes sense – if the car averages 41 mpg over 500 miles, that’s 12 gallons of gas. The 350 miles I went calculates out to 8.5 gallons. I know that the gas tank on this car features a bladder that keeps gas vapors to a minimum, and that bladder does contract somewhat in cold weather… but does it contract so much that the 12 gallon tank only holds 8.5? That’s a 3.5 gallon difference.
Regardless of how much the tank holds, the bizarre behavior of the gas gauge is annoying and somewhat dangerous — you never really know how much gas you actually have. Promoting the ability to go 500 miles without fueling up is tantamount to fraud. (On Toyota’s website, I calculated how much money I could save by driving the Prius. I used the MPG of my Prius to compare to Toyota’s marketing numbers. I could save $116 by trading in my Prius for a Prius.)
Strangely enough, I still love my car.

1. What drinking water do you prefer — tap, bottle, purifier, etc.? Since I spent more than $2,000 on a new, stylish, stainless steel refrigerator, I tend to drink the water that issues forth from it’s in  [more...] 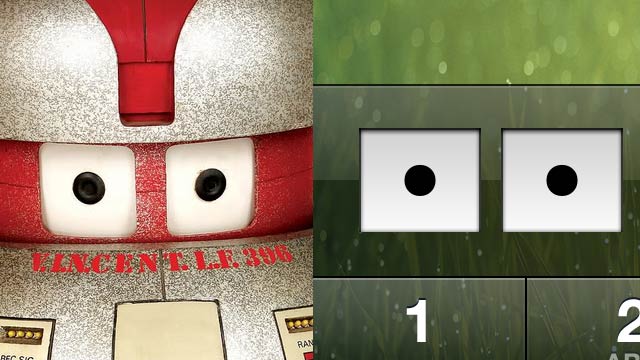 I've been playing with the iPhone's implementation of Safari for the last few days, and I've come up with a few rules to remember when designing pages for iPhone.