Yeah, but that was 4 years ago

You know I love to point out hypocrisy here, and if it’s on the part of the extreme right, so much the better. So I was pretty gleeful this morning when I read that the Republicans have been fined by the FEC for giving chunks of cash to a group to air “issue ads” — remember that the Republicans are the ones who are now screaming about the soft money being raised by such left-wing groups as Move On…

The Federal Election Commission yesterday announced that it fined the National Republican Congressional Committee $280,000 for giving an outside group $500,000 in “soft money” to finance “issue ads” attacking Democratic candidates during the 2000 election.

One of the officials of AEG was Republican operative Jim Ellis. Both Ellis and Buckham have strong ties to House Majority Leader Tom DeLay (R-Tex.).

The 2002 McCain-Feingold bill barred the parties from using any soft money — large contributions from corporations, unions and wealthy individuals. Under the law effective in 2000, the NRCC should have paid for the issue ads with a mix of 65 percent “hard money” and 35 percent soft money. Hard money is made up of contributions of $20,000 or less from individuals. 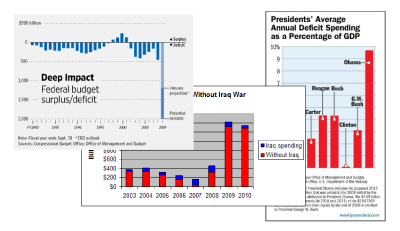 It's amazing, this ability of the right wing to wrap themselves in the flag while they denounce other Americans, while they tell their brainless, moronic followers who to hate and who to blame for their own lot in life.

"You can't do that! That's tyranny!" Take a look at some of the swift reactions to yesterday’s Prop 8 ruling, from the usual suspects.