This is a fascinating story, the kind of weird trivia that I love.
John Kelly in the Washington Post reports on a town in Maryland that has two names:

The town in question is about 150 miles from Washington, in Allegany County. On the official state map of Maryland, it is a tiny circle marked with the odd appellation “Pekin (Nikep P.O.).”

… “What I’ve always been told is that during the war, so many men were drafted into military service that they weren’t able to keep all the post offices open,” she said. The post office in Pekin closed.

After the war (World War I, as it turns out), the residents wanted it reopened. There was a problem: There were several other Pekins in the United States — in Indiana, in Illinois — and in those pre-Zip code days, the mail often was misdelivered.

“Because Pekin, Md., was smaller than Pekin, Ind., Maryland had to change its name,” said Helen Ann. “They just decided they would spell it backwards.” (This was a not-uncommon practice. A tiny town in Oklahoma whose residents wanted to honor the Hero of Manila Bay ended up being called Yewed, “Dewey” having been taken.)

Pekin is pronounced PEE-kihn. Most people pronounce Nikep to rhyme with “hiccup.” Although the signs on Route 36 point motorists toward “Nikep,” most townsfolk prefer the original name. Nikep was just an accommodation town leaders made in 1919 to get P.O.’d, so to speak.

Hey! I didn’t even realize! I’ve been blogging for a year! I totally forgot with all the convention craziness. Before I left DC, I set up a new feature on the blog that pulls entries from the archives from  [more...] 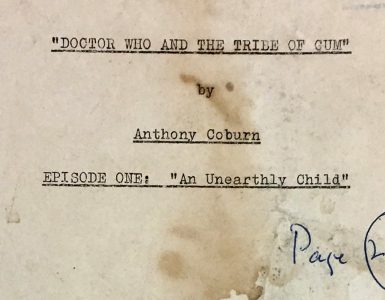 Blasts from the Past

What's in your attic?