Having it both ways

Talk about a flip-flopper! Slate’s William Saletan points out:

In 1999, George W. Bush said we needed to cut taxes because the economy was doing so well that the U.S. Treasury was taking in too much money, and we could afford to give some back to the people who earned it. In 2001, Bush said we needed the same tax cuts because the economy was doing poorly, and we had to return the money so that people would spend and invest it.

Bush’s arguments made the wisdom of cutting taxes unfalsifiable. In good times, tax cuts were affordable. In bad times, they were necessary. Whatever happened proved that tax cuts were good policy. When Congress approved the tax cuts, Bush said they would revive the economy. You’d know that the tax cuts had worked, because more people would be working. Three years later, more people aren’t working. But in Bush’s view, that, too, proves he was right. If more people aren’t working, we just need more tax cuts.

The administration of lowered expectations

One of the many bizarre Bush Doctrines is the masterful way they manage to get the American people to lower their expectations. For example, way back when Dubya was first running for president, most pundits agreed that  [more...] 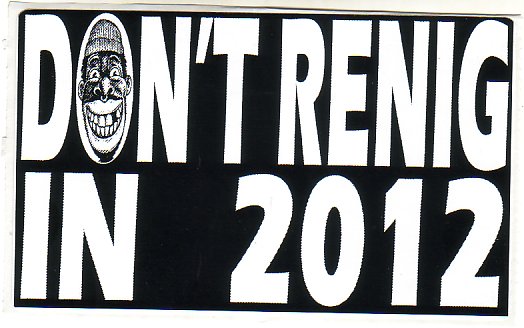 Well, now. Aren't these... special? The website that sells these prefaces the page with a message about the first amendment. Yay!

I am going to admit it: I’ve now become one of those whining non-voters. The polls are open for another hour here in California, where we’re voting, in primary mode, for a governor; here in San Jose, the  [more...]