This Is (not) Cinerama

Gizmodo has a good rant about the decline of movies. The film industry seems to be in decline, and Hollywood wants us all to believe it’s because of pirated movies; in fact, they’re churning out crapfest after crapfest and theatres are making it more and more unpleasant to go.
Just last week, I went to see “Hitchhiker’s Guide” in a run-down theatre where the seats didn’t even face the screen properly, where the outrageous $9.50 charge to get in had to be paid in cash leaving no money for popcorn (no plastic accepted, sorry) and I was subjected to endless commercials before the film started, out of focus.
All I could think was that I would rather be watching it at home on my nice 50″ plasma screen, with snacks and good sound.
What happened to grand movie palaces, the places that were destinations themselves? The theatres that made it a fun and entertaining evening out? When did theatres become extensions of the television culture with small screens, commercials, and lowest-common-denominator surroundings?
What’s more, when did our televisions at home become so much more appealing?

Yesterday I went to see “Finding Nemo” with Jeff, and left wishing I could sue someone. First: the lines at the concession stands were immobile, mostly owing to the shiftless and mostly stationary employees  [more...] 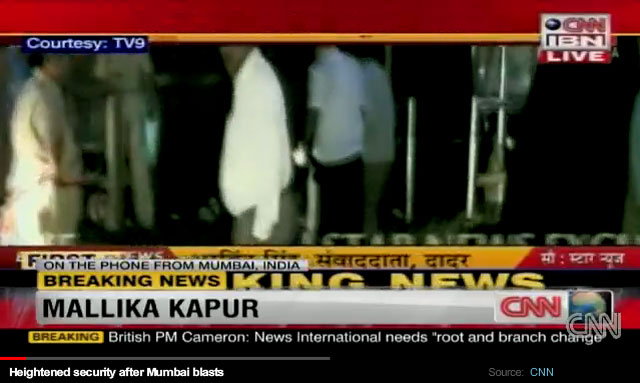 When the bugs, the Chyrons, the tickers, the logos, and the graphic finally leave us with a Cinerama-shaped slot through which a tiny bit of poorly-framed picture is glimpsed, what is the point? Just turn on the radio.