Time for a new message, guys

I don’t really want to give the far right conservatives any advice or anything, but guys — I think the time has come for you to get a new tactic.
I mean, how many years now are they going to use the same tired old name-calling? Is there any American left (short of rabid right wingers) who doesn’t find the GOP leadership to be rude, mean, nasty, brutish, and lacking ideas or subtlety? Has the GOP’s mighty spin and strategy machine completely broken down?
Let’s take a look at the assault from the right after Rep. John Murtha staged yesterday’s press conference denouncing Bush’s war:

Not a single Republican rebutted Murtha’s comments — they just keep screaming “irresponsible!” “Shameful!” “Reprehensible!”
Gee, all words that describe the Bush administration and their manufactured war.
The hallmark of the Neo-Con movement in the last 5 years has been the way they hammer home their talking points. Even today, if one switches channels on Sunday morning, one will hear the same statement over and over and over from every right-wing guest on talk shows. The problem is, that strategery doesn’t work forever, and finally, a majority of Americans are beginning to see through it. This is what I will be thankful for next week: that more and more Americans are waking up from the stupor they’ve been in since the Bush administration started brainwashing them.
The conservatives are not a majority in this country. But they have disguised their true nature by clever use of language so that more Americans will think that they are. So, guys, what will be your next tactic to fight the tide of the majority — the people who want peace and prosperity, but not at the expense of the poor, the young, the ill, and innocent people abroad. The people who want equality for everyone, and not more equality for rich, white men. The people who are starting to see through your smokescreen. 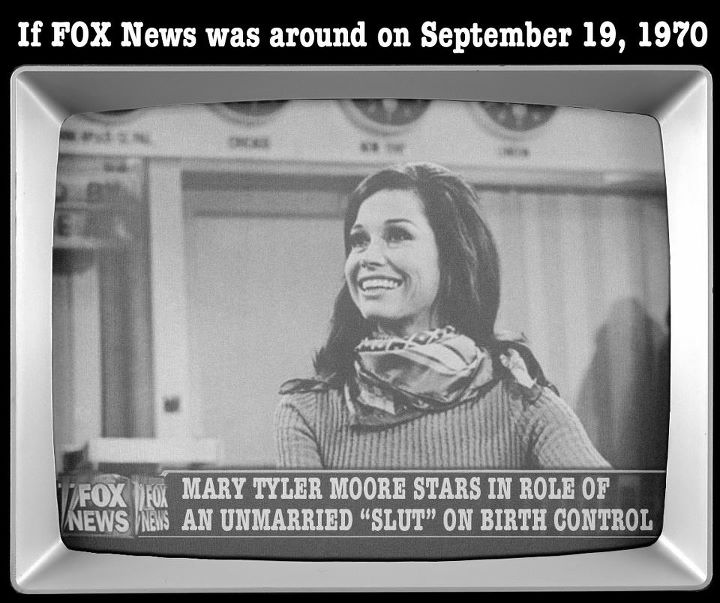 [via What Would Jack Do]

She should have held Toto

What was with the creepy stage-managed Santorum concession — especially the scary younger daughter crying on cue, wearing the carefully selected all-American Little House on the Prairie gingham coordinates, and  [more...]

I’m not gonna harp about the new era we live in, where a television network is a propaganda tool of the White House, but isn’t it frightening how often these three words appear these days? … armed with  [more...]