Why I squashed my Blackberry

Ah, the saga comes to an end.
First off, I have to say that T-Mobile provided better customer service and a less-crippled device than Cingular, at half the price.
Still, what I realized over the last week is that the Blackberry system has one major, major flaw: there’s no spam filtering.
My Blackberry had become a hyper-efficient way for spammers to send me emails, 24/7. Now, my mail server has spam filters, as does my mail program. But the Blackberry service just reaches into my mail server and grabs everything, before it is filtered. Every morning I was waking to at least a hundred spams on my handheld, and with no junk mail filtering in the service or on the device, that meant that I spent a lot of time scrolling and deleting emails.
On top of that, every time it beeped it was a notice to me that I’d just gotten a new spam.
I realized last night that the device had become a spam obsession with me, as I tried desperately to figure out ways to prevent all the junk mail from being pushed to it; and that’s the straw that broke the camel’s back. I was spending far too much time annoyed by it and annoying those around me with it. It had to go.
I’ll miss it for a few days. But only a few.

Gee, it seems like only days ago that I was singing the praises of our new Target. But then… dum dum DUM… I stopped by tonight. They charge for parking. That’s right. A cringe-inducing $3 for the first  [more...]

Take your peach mango salsa and stuff it

"Winner for most unusual piece of development this pilot season goes to ABC, which has turned a series of quirky Geico commercials into an actual half-hour comedy project." 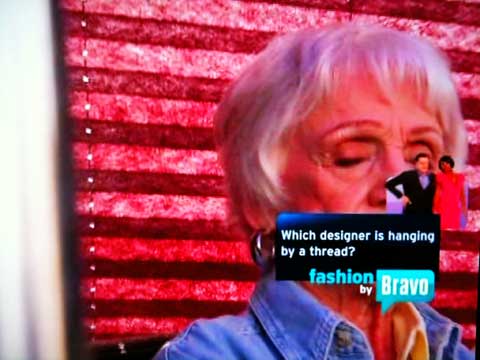