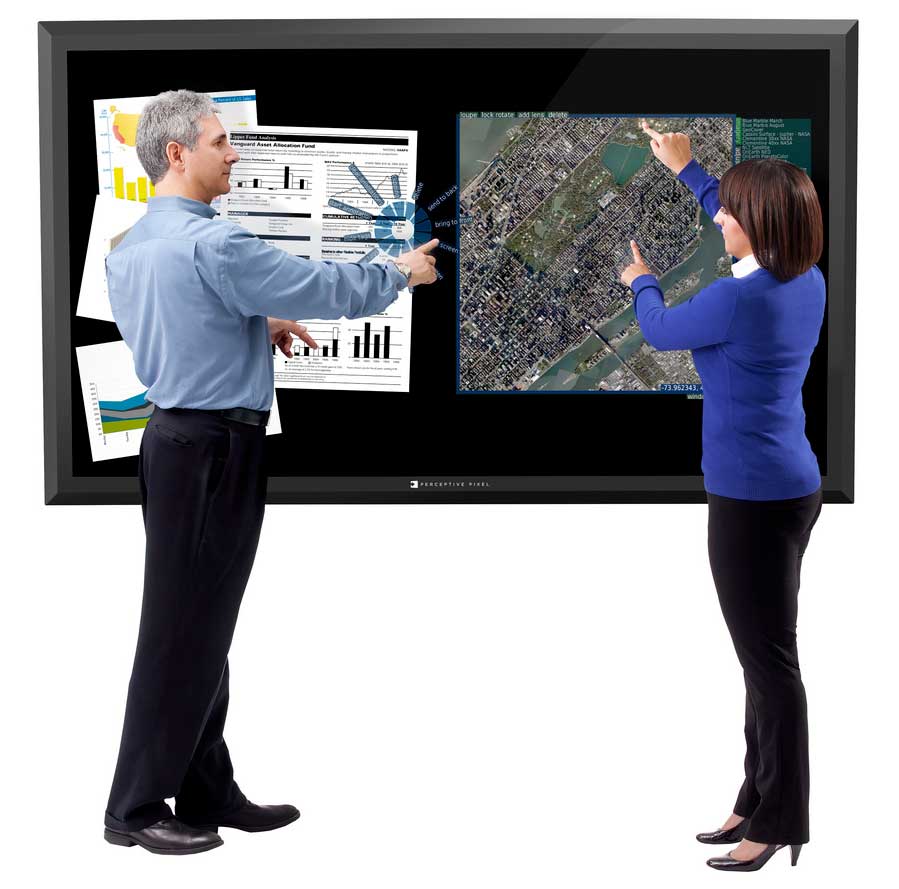 At Microsoft, bigger is better. Why sell a small gadget to millions of customers, when you can sell one huge device to one customer?

I really can’t figure out the strategy at Microsoft. For instance, they trundled around for years trying to get their Surface product into the marketplace — while Apple was introducing the world to a slim, thin LCD screen that you could touch, Microsoft brought us a coffee table with a rear projector and internal cameras that could “see” your fingers on the surface. It was like an iPad devised by Rube Goldberg and installed into a cheap particle board IKEA table.
So, I’m not entirely surprised at today’s news that Microsoft has purchased Perceptive Pixel, the company of Jeff Han, one of the pioneers of multitouch technology. The products that PP puts out are perfectly suited for Microsoft’s big appetite: huge projection screens that are so expensive they are only used by broadcasters like CNN anxious to appear hip and edgy. There’s an example of one of the Perceptive Pixel screens above. My arms are getting tired just looking at it.
Surface was a flop because it was too big, too complicated and too expensive, and rather than simplify it and bring it down to size they instead decided to market it as a ‘business’ device. You know, like they do with their other bloated, complex products.
So the question is, what will they do with Perceptive Pixel? How many CNNs are there out there to sell to?

Bite-sized pieces add up to a larger meal

I wonder how most people quantify the cost of real estate — is it an analytical thing, or do they do it by gut feeling, by emotion? I think I go by emotion, but there is a tipping point where my feeling about a  [more...]

See you on another channel

The final Futurama has flickered to a close. I’m sad. And I’m a little… relieved. You see, one of the things I like about Futurama is that among the laughs, the crude humor, and the political satire is  [more...]

In praise of simplicity

When one looks for information, speed and clarity tends to be far more useful than glitz and glam. Just a note for you interface and web designers out there. Let the user get to what they need with a minimum of obstacle  [more...]