All morning, I’ve had a jingle running constantly through my head.
You young people may not realize this, but there was a time when you couldn’t own a phone. The phones in your house were leased to you by the telephone company. This was back when there was only one phone company – C&P Telephone here in D.C. You could choose between the standard desk phone, standard wall phone, the TrimLine, a princess model, or an odd donut-shaped number. Touch tone, as always, was extra. (It still is, by the way – how do they get away with that?)
Anyway. There came a point leading up to the breakup of the telephone monopoly when you were allowed to own your telephone. At first, AT&T offered to sell people the ones that were already in their homes, but soon enough other companies stepped up to offer cool new phones that no one had ever thought of. AT&T themselves opened up phone stores, and you could stop in at the mall and browse through a collection of phones shaped like Snoopy or a wall phone that included a built-in chalkboard.
Times have certainly changed. Now you can buy a phone at every rinky-dinky store, and beyond that, you can buy a cellular phone at 7-11. (In my day, a cellular phone was a full-sized handset attached to a big, heavy bag with electronics and a huge honkin’ antenna.)
So, without further historical diatribe, here’s the jingle that’s been going through my head, for the cool phone of the 80s, “Flip Phone.”

I wanted one so bad.

I didn’t really have anything interesting to say here, and the current political bugaboos are being covered by the vaunted Mainstream Media™. So, this is just a little note to let you know I have been  [more...] 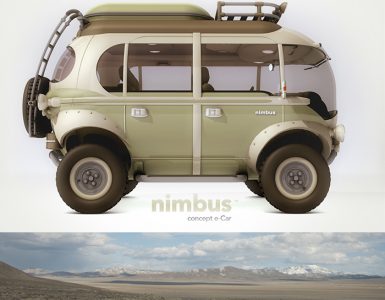 First thing I thought of when I saw this? “Lost in Space.”

I’ve noticed that the mileage on my Prius had improved somewhat now that the temperature has gotten above 50, so today I reset the mileage display on my commute home from work. I was pleasantly surprised  [more...]