“I am NOT a Republican!”

The news is horrible and sad, but I’m ashamed to say that my first thought on reading this story was I wonder if he’s a Republican?

(09-07) 18:55 PDT Saint Petersburg, Fla. (AP) —
A city councilman apparently committed suicide Friday, hours after he resigned amid allegations that he sexually abused two teenage girls and a woman, authorities said.
John Bryan, 56, was found by a reporter for the St. Petersburg Times, slumped in a golf cart in the garage of his home in Floral City. Paramedics pronounced him dead, said Citrus County Sheriff’s spokeswoman Gail Tierney.
A riding lawn mower was running and two nearby four-wheelers also appeared to have been running but were out of gas. Officers found a suicide note in the house, but Tierney did not know what it said.
Bryan was being investigated on suspicion of sexually abusing three females, said Ron Stuart, spokesman for the Pinellas-Pasco Circuit Court.
Earlier Friday, Bryan had acknowledged in court a sexual relationship with a young woman, but he said that it was consensual and that she was 18, Stuart said. At the hearing, Bryan agreed not to have contact with the suspected teenage victims.
“It is imperative for me to preserve what is of utmost importance to me, my family,” Bryan wrote in the resignation letter he released hours before his death.

This is a terrible outcome to a scandal.
I don’t know if he was a Republican or not, and that’s beside the point now. The point is that every time someone is involved in some kind of sexual scandal, the conventional wisdom holds that he is likely to be a Republican — especially a Republican who demonizes people and claims to hold higher morals than anyone else.
Democrats, being human beings, aren’t any less susceptible to this phenomenon; however, liberals are much less likely to be holier than thou or tell you how you should live your life. There’s immeasurably less hypocrisy on the liberal side so it doesn’t sting as much when a Dem is found, say, in a hot tub with four other men and an elderly woman with large breasts.

If you don’t live in Washington, DC, you’d probably be appalled at how the Feds push people around here. First off, there’s the edict from the Bush administration telling the city that they have to  [more...] 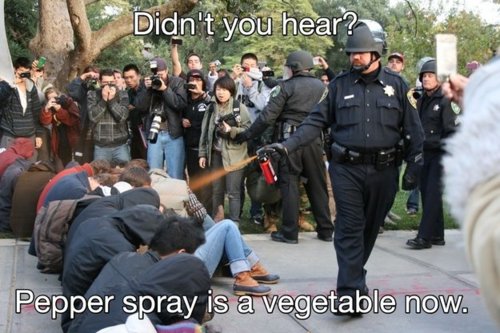 I’m so weary of all these Bush/Cheney stories which, to me, are so obvious. Of course, that doesn’t mean I want the media to publish them, but it’s all so anti-climactic when they do finally tell us  [more...]