Three years ago, I made the somewhat bizarre — yet adventurous — decision to move away from Washington, DC, where I’d lived my entire life. On May 10, 2005 I arrived in San Jose, California determined to start again, to try to avoid the terminal boredom that had set in over 39 years in DC. Here’s a report of how it’s all going so far.

MONEY
Naturally, the most important aspect. This is California, after all — where gas has been $4 for quite a while, sales tax is 8.75%, and housing costs are probably a little more expensive than on the moon.
Still, I’m quite proud of the fact that I’ve been able to keep my head above water despite some scary, panicky stretches — and managed to purchase my little dream bungalow, albeit at California prices.
When I arrived in California my estimates showed that I would be able to survive for two years with the proceeds from selling my Arlington townhouse. In the event, I was able to stretch those funds for three years (while still keeping 12% in reserve) by the good graces of friends who sent freelance and part-time work my way.

Although I enjoyed working for myself and the sabbatical it allowed me, as my savings began to dwindle I came to the realization that a full-time job was absolutely necessary in Silicon Valley. I had given myself two years to realize the goals of house-job-relationship; the house took only 6 months, the job took nearly 3 years, and the relationship? That’s still in the “to do” column.
Three months ago I met the “job” goal, landing a design job that covers my expenses — just — and gives me a sustainable platform to build my California future on. The uncertainty is finally over, for now.

HOUSE
One of my goals was to purchase a home in California with the assumption that California real estate always appreciates.
Oh, then there was this real estate implosion. Just my luck.
As of today, Zillow values my home at $10,000 less than what I paid for it in 2005 — bad news, of course, but still more than what I owe on it. I have a five-year plan for the house; my hope is that the value will creep back up over the next couple of years and I will at least break even if and when I sell.
Meanwhile, I am very happy in my neighborhood, where we all know each other and congregate around dogs in the front yards.

HEALTH
I’ve just had another checkup with the cardiologist, and there doesn’t seem to be any cause for worry — at the two year mark I’ll be taken off another prescription, so one less pill to take is cause for celebration. Especially since it is the most expensive one in the cocktail. My diet is mostly under control, notwithstanding a donut every six months or so; but my exercise habits are atrocious. For a while I was walking a mile or two a day, but then stress over running out of funds and losing my house took over and I began to slack off. By the time I went to DC in January to investigate moving back, I was no longer exercising at all. Today I am working an average of 11 hours a day, and in the time I have left I tend to vegetate and zone out or catch up on sleep — another thing that I’m not doing much of.
Still, my blood pressure is now normal as is my cholesterol, although I still need to work on raising my “good” cholesterol and lowering my triglycerides, both of which go hand in hand with exercise.

FAMILY
I feel increasingly cut off from my family. I didn’t see them every day when I lived there, and it almost seems as if they have visited me more out here — so far I’ve been visited by my brother, sister, aunt, father, and mother here in San Jose; in fact my mother has been here multiple times. Still, I feel like I am not in the loop. Things happen back home like engagements or moves or health issues and I don’t find out about them until much later.

FRIENDS
As time goes by, friends back in DC are drifting away from me. I made an effort, from keeping a local phone number to emailing and phoning them; but over time I began to realize that people from back home were never taking the initiative to contact me. I felt like I was putting so much energy into maintaining these relationships but ultimately it didn’t seem to matter. There are one or two people back home that still keep in touch; a few acquaintances have actually moved to the Bay Area; but for the most part my DC ties are fading.
I haven’t really replaced them in California. I have only a few friends here, and a handful of acquaintances. At first I spent all my time alone, working at home; now I am so busy that I never socialize. And of course, there’s that whole “horrible at meeting people” thing.

When it comes down to it, this is the biggest reason to move to California — the Santa Clara Valley in particular. If one looks at a single day in comparing DC and San Jose, they don’t seem that different. But the weather in San Jose is so consistent — sunny clear skies, warm temperatures — that the changing weather patterns in DC seem crazy. It is a rare thing to see a 40° day here, and I can’t imagine dealing with temps below that or higher than 90° anymore. On top of that, the humidity levels here are consistently in the 45-50% range, half that of DC. When I moved here, the chronic cough that I’d had for years disappeared, leading me to believe that it was related to the humidity.
I don’t miss the snow, I don’t miss the rain, and I don’t miss the heat. In fact, there are only two things I miss, nature-wise, about DC: thunderstorms and fireflies on a summer night.
In compensation, I have lush greenery and flowers year-round, fragrance of flowers everywhere, and hummingbirds that buzz around like mosquitoes.

PLACES
I’d planned to take advantage of California — within an hour of my house is San Francisco, Napa, the ocean, mountains… and I’ve failed to do so.
Oh, I’ve been up to San Francisco a few times, to Berkeley and Oakland; to Santa Cruz once or twice a year, Half Moon Bay, Monterey and Carmel. Every time I manage to get the time (and someone to go with me) to schedule a weekend visit somewhere I wonder why I don’t do it more often. The Paul Masson Winery, high in the Santa Cruz mountains, the Lick Observatory overlooking the valley — long windy drives with spectacular payoffs at the top. A weekend in Reno was disappointing, the inside of the casino was only marginally more interesting than the boring city streets. One thing I’ve not done despite my plans: Disneyland; although it looks like that will finally happen this summer.
This category goes hand in hand with the one above; I never go places alone as I find it too boring. And I just don’t have enough friends or someone special to go places with.

HAPPINESS
This is the crux of the matter, isn’t it? Am I happier in California than I was in DC?
I don’t know how to quantify happiness. I’m a relatively analytical person and don’t know how to graph my emotions.
My gut feeling is that I am marginally happier here. Despite this winter’s uncertainty about money, my house, and a job, I still feel somewhat less stressed here. However, now that I am working long hours, commuting, and dealing with the frustrations of my new job, it will be interesting to see if I am heading back into the same life I had before.
I guess that’s something I’ll assess for year four. Stay tuned. 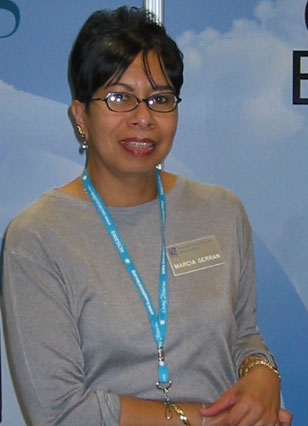 My friend Marcia is sassy… takes no prisoners… tells it like it is — but with wit… is stylish and fastidious… is beautiful inside and out… loves a good laugh and a good  [more...]

Well, today I fulfilled my quota for manliness, womanliness, and just plain old humanness. First, I replaced the battery in my original Prius (it’s for sale, by the way) all with my own two hands. I didn’t  [more...]

Is this thing on?