It’s amazing, this ability of the right wing to wrap themselves in the flag while they denounce other Americans, while they tell their brainless, moronic followers who to hate and who to blame for their own lot in life.

It’s amazing, this ability of the right wing to wrap themselves in the flag while they denounce other Americans, while they tell their brainless, moronic followers who to hate and who to blame for their own lot in life.

They’re going to make a lot of hay out of the President’s remarks on a proposed mosque and Muslim community center in New York City blocks away from “ground zero” [a particularly interesting take on this is here] — especially the Tea Baggers, who constantly trumpet about the consitution, which few of them seem to have read and even fewer understand. Guess what, guys? Our President swore to protect, preserve and defend the constitution, and he is absolutely right. In fact, he was so right that I am sort of pissed off that he then backed off his comments because he didn’t want to get embroiled in the controversy caused by so many stupid idiots. I wish he would say anything nearly as forceful about same-sex marriage or the rights of gay and lesbian citizens.

With the logic being displayed by the know-nothing bigots of this world, I’m sure they would be happy to ban all Catholic churches from within a 4-block radius of schools.

When the Bush era finally began to stink like rotten fish and people started to come out of their bizarre snooze, I hoped that things would get better. Instead, the right has gotten more and more crazy, more insane, more totally bonkers. So bonkers that they had to spin off a crazy new group so that they could go even farther into the bizarro world they inhabit. No is yes! Land of the free! Except you and you and you! We love the constitution! Except for this part, let’s rip that out, and while we’re at it let’s add some amendments to take rights away from people.

Power corrupts, and in the case of the right wing at this juncture in history, the quest for power corrupts absolutely.

The reviews are in on “Air America”, the liberal radio network. It doesn’t sound good. From the Washington Post: Al Franken set a lofty standard on his new radio show yesterday, casting it as “a  [more...]

Is it just me, or does it seem that the selection of the new Pope is the equivalent of Karl Rove being selected to replace George Bush? 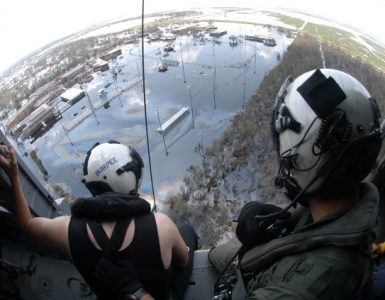 The Pentagon Wants to Tackle Climate Change — But Congress Forbids It

The military has sounded the alarm that climate change poses a long-term threat to U.S. security. The GOP response? It passed legislation that blocks funding for any Pentagon program that tackles climate change.