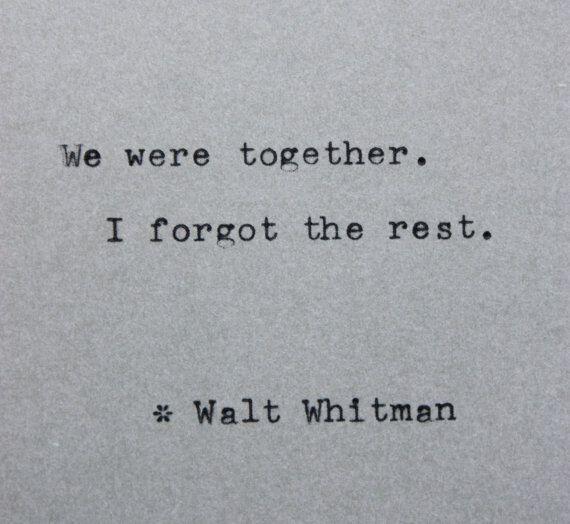 One year ago, Glenn came home from a trip to the WGI nationals – a reunion of sorts with his old life. He was subdued when he returned, I had missed him for that short time he was gone and was a little worried. I wish I hadn’t asked.

He had met up with someone he used to know — someone he used to be in love with. A relationship that didn’t work out. And that meeting was enough to convince him that he wanted to try again. I was so mad — what kind of gamble was this? He was going to throw away our life together with all its possibilities and instead try again with someone even though it failed decades ago?

My anger masked my hurt. My crazed pain and my fear. And I told him that he should just leave, right then. What else could I do? Lay in bed next to him that night and negotiate?

But here’s what makes it all so tragic and all the more painful: I can’t hate him for it.

I never wrote in my blog about him, or really opened up to anyone else, but I think most people who know me well saw it – I was really in love. After a lifetime of loneliness there was someone who made me happy. Seriously — happy. Every day he was there I went to bed happy. After four decades on this planet it was the first time I’d felt like that in any consistent way.

I can really only say good things about our time together. How he took care of me, and I took care of him. How he made me eat a salad every day. How he was the only person to get me to eat broccoli. How he got me out of the house to do things I’d never done before. How we kayaked around Elkhorn Slough being chased by a big seal. How we went to the Hofbrau, the movies, the beach, to see my family and friends. How I got up at 5:30 in the morning to cheer him on during his runs; how he got up at 5:30 in the morning to go to work in Monterey so he could live here in San Jose with me. How we made a family with our dogs, a cat, in a little California bungalow.

We were compatible in every way — psychically, physically, mentally, he made me laugh and I made him laugh. I never felt more like I belonged with someone.

He made me feel better about myself. It was a feeling I’d never had before, and I liked it.

Soon after he left, I realized the last good thing: it was good that this happened when it did, because I had intended to ask him to marry me when it became legal — which happened only a couple months later.

He is still out there, and if I am to take his words at face value — and I have no reason not to — sorry for what he did. But the fact remains: he is, probably, happy with his old flame. And I am here, alone, still in love and thinking of what our future would have been; realizing how it took four decades to find him and thinking of how time says that was my only chance.

Enchantment under the sea

So, there I was, nominated for an Emmy. Actually, it must have been my second nomination, because I said to the ticket taker “I’m now a multiple nominee!” Strangely, the ceremony was taking place in  [more...]

A politically incorrect wake up call

The destruction Saturday of the Columbia and the loss of 7 seven lives was a horror. A tragedy. These 7 people were heroes, pushing forward the boundaries of science in an attempt to improve the lives of everyone on the  [more...]