Last night I attended the first meeting of the DC Film Salon, a group that’s being put together by my friend Jon as a resource for independent filmmakers in Washington, DC. It was amazing — we didn’t expect the large turnout we got, almost 30 people. Considering that the publicity was mostly via e-mail lists, that was a surprise. What was even more surprising to me was that very few actually worked in the area of film and media. There were plenty of people who were new at filmmaking or hobbyists like me. I was struck by this, and realized that the ability to make movies is now becoming the domain of anyone, much like the Internet made it possible for anyone to publish their thoughts. The power of the press means that he who has the press has the power: with the rise of the computer and the digital transition in cameras, the press — print, audio, video — has come within reach of a huge number of people with something to say or express.
Websites, blogs, internet radio, home-made movies. Politicians and marketers have discovered the power of this new phenomenon, but I hope that it will not be ruined. I love the idea that these days, the playing field has become a bit more equal and every voice is now heard.
(There will be a story on the Film Salon in an upcoming issue of DC City Paper. For more info on the Salon, visit dcfilmsalon.com.)

This entry on yesterday’s edition of Macintouch is very interesting in that it plainly states that the OS X system “Darwin” runs on Intel processors: Apple Technote TN2063 (written for programmers)  [more...]

Maybe he should try a dehumidifier

Seen this morning on gay.com chat: a guy who says he’s in the military is using the nickname “mildewd.” 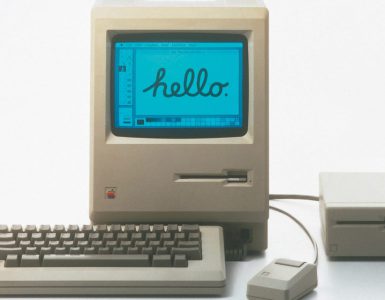 Restore the startup chime on your MacBook Pro

First it was the happy Mac icon. Now they've come for the oh-so-familiar startup chime on our laptops.