All presidents should be shipped by crate

A field trip today, to the Oakland Museum of California, to see the Behind The Magic: 50 Years of Disneyland exhibition. By far, the most impressive is the original animatronic Abraham Lincoln from the 1964 World’s Fair: not the recreated ones seen at Disneyland, but the original.

A field trip today, to the Oakland Museum of California, to see the Behind The Magic: 50 Years of Disneyland exhibition.
It had its interesting parts, but for $14 admission I’d expected a bit more than what we got.
There are precious few artifacts from the park, and those that are displayed are for the most part pretty boring — various signage and the “D” from the main park marquee sign; but there are a few items that are genuinely interesting. By far, the most impressive is the original animatronic Abraham Lincoln from the 1964 World’s Fair: not the recreated ones seen at Disneyland, but the original. It was both creepy and fascinating standing so close, peering into its joints and feeling rather queasy about the… mechanics of it all. As if to underscore the non-human aspects of the device, the original crate that Mr. Lincoln was shipped in is displayed next to him. It. Whatever.
An original cam-actuated control cabinet for an Audio-Animatronic figure is also on display but there’s no placard to tell what character it originally controlled. There’s also a more modern control panel, the internal workings of an animatronic raven, and a changing portrait from the Haunted Mansion.
The rest of the exhibit consists of artwork — lots of it. Tons of it. From color palettes to mood renderings, the art focuses on the process of designing the park. I’ve seen nearly all of it before, reproduced in books about Disneyland; still, there was a special thrill in seeing the famous Peter Ellenshaw rendering of Disneyland, the painting that was created on a storyboard by Ellenshaw and daubed with luminous paint to create a nighttime version. This is the painting that was featured extensively on the Disneyland television show.

Also on display was Herb Ryman’s original Disneyland rendering, created as Walt stood over his shoulder describing his dream park; this is the plan that was used to secure funding.

All in all, a pleasant walk through Disneyland’s past (albeit split into three different galleries interspersed throughout the museum); somewhat disappointing for the price and could have been far more compelling with more significant original artifacts.

Well, if I can’t spend my Christmas with the guy I love, I can just bake more to take his place.

I would have made them anatomically correct, but a 4-year-old is coming over tomorrow to help decorate them. 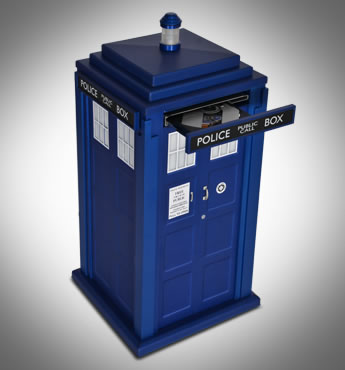 Out of a box this morning came my original iPod, the first model from 2001. Less than four years later, the nano makes its ancestor look huge and dowdy. I can only imagine what will be the next iteration of this little  [more...]