AT&T is promoting their Broadband TV service using this ad:

As usual, that’s a Mac in the ad. They choose Macs because they look good, of course.

Clicking on the ad gets you this:

Well, well. Everything that came before was a lie. Not only does it not run on a Mac despite the picture and the “any computer” text, it also requires a suite of specific software versions on a PC. Please note that the ad also says “No hardware or software to install.” Then they cover their claim by saying that the software is “typically pre-installed with Windows XP PCs.”

Can you imagine if NBC required a specific type of television with specific software packages in order to watch Law & Order? And if CBS had requirements different from NBC? And they only worked on one manufacturer’s television set?

And they lied about it in ads?

Boy, oh boy. I think that the people out there who are either in leadership positions or in high-profile punditry are a bit deficient in imagination and anticipation. I just heard an interview with a Gartner analyst who  [more...] 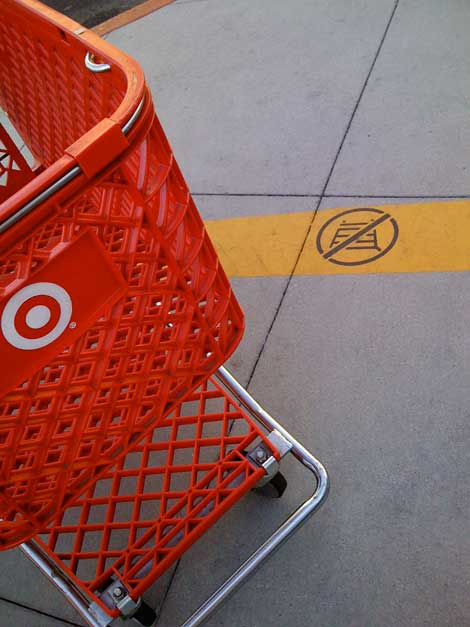 The Yellow Line of Death

My local Target is littered with the dying hulks of shopping carts which suddenly stop working when taken past the yellow line. A yellow line which is, in some places, mere yards from the entrance.

I keep getting calls from these annoying, pre-recorded telemarketers. I’ve now gotten several calls purporting to be from different companies, but they have one thing in common – the numbers they call from  [more...]